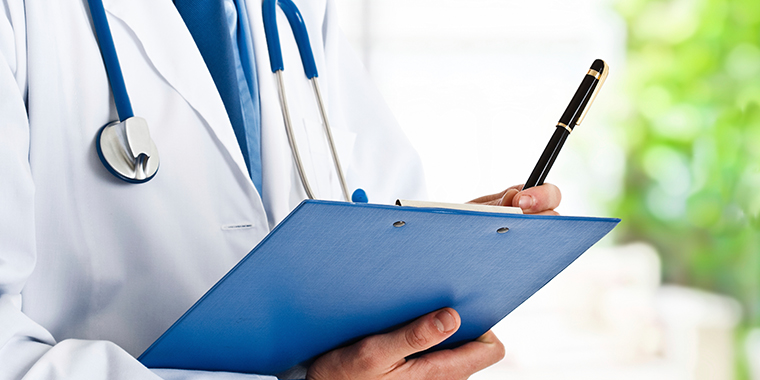 Physical activity is key for men with sexual performance problems

Rather than resorting to the quick fixes of medications that only mask the underlying problem, men may be able to address the root of their erectile dysfunction by making simple lifestyle changes, including getting more exercise.

Experts from the Cleveland Clinic say that physical activity is so important for men with erectile dysfunction because it increases blood flow throughout the body.  Poor circulation is one of the leading causes of sexual performance problems.

Cardiovascular exercise can get the heart pumping and reduce unhealthy cholesterol levels. This can help weaken blockages in arteries throughout the body, including the penis. The Cleveland Clinic doctors recommend that men engage in 20 to 30 minutes of physical activity three times per week.

A recent study from Korean researchers showed that obese men are nearly 5 times more likely to suffer from erectile dysfunction. Being more physically active may help eliminate some of the causes of sexual performance problems.

Women should play a role in their partner’s sexual health

Women whose husbands struggle with sexual performance problems may feel at a loss for how to go about talking to them about the issue. The topic of erectile dysfunction is generally a touchy one for men and wives may worry about offending them. However, this conversation may be an important first step toward getting them help.

Most men will not visit the doctor on their own. Often, they will put up with a problem and hope that it goes away. While this approach is generally unproductive, it may be particularly harmful when it comes to erectile dysfunction.

Medical professionals consider the condition to be an early warning sign of further heart health problems. The Mayo Clinic says that a majority of men with erectile dysfunction also have obstructed arteries. This may result in heart disease later in life.

Women may be able to save their male partners from this fate by getting them to the doctor as soon as sexual performance problems present themselves. While it may be a difficult conversation for wives to start, it could very well be one that saves their husband’s life. Not to mention, seeking help could enable couples to spice up their love lives.

When it comes to male enhancement, there are a lot of products that claim to provide results naturally. However, use caution before taking any pill for sexual performance, as these assertions of “natural ingredients” can often be exaggerated.

For example, the Food and Drug Administration recently issued a warning against the male enhancement product Man Up. The pills are marketed as an “all-natural” treatment. However, officials said that they found the supplements to contain a variation of the active drug ingredient found in some ED medications.

The ingredient, sulfoaildenafil, has been shown to cause a dangerous drop in blood pressure in some men, according to the FDA. Additionally, it may cause harmful interactions with other prescription medications. While the agency has not yet issued a full recall, officials warned men to stop taking the product immediately.

Increasingly, doctors are coming to the conclusion that erectile dysfunction is not simply a problem of the reproductive organs. There are many factors that play into a man’s ability to get an erection, which may include metabolic, cardiovascular and hormonal health.

Jeffrey Albaugh, a Portland, Oregon-based gastroenterologist, recently said that doctors should be checking for issues in all of these areas of health in patients who seek treatment for erectile dysfunction, according to Urology Today.

Due to the fact that many doctors treat the symptom of erectile dysfunction as a cause, they only offer short-term solutions that don’t address the root of the problem. More comprehensive testing may allow medical professionals to pinpoint the underlying cause of sexual performance problems.

He added that once the ultimate source of erectile dysfunction is diagnosed, doctors may be able to recommend appropriate treatments, which he said may include constant resistant rings, according to the news source.

Diabetes and cardiovascular disease are thought to be two of the leading causes of erectile dysfunction, according the National Institutes of Health.

Large numbers of men with ED are unaware of their condition

Many men with occasional sexual performance problems simply brush off these troubles. However, this can cause many cases of erectile dysfunction to go undiagnosed. In fact, a recent study found that large numbers of men with moderate to severe ED are unaware of their condition.

A team of researchers from Columbia University gave medical examinations to more than 1,000 men who were known to have common risk factors for ED, such as high blood pressure, heart disease, lower urinary tract symptoms, obesity and other conditions, but had never been diagnosed with ED.

The study found that 71 percent of participants had symptoms of erectile dysfunction. Additionally, 54 percent had symptoms that qualified as moderate to severe.

Researchers wrote in their report that doctors should be more aware of the probability their patients with certain risk factors have ED, and address the situation with them.

Men are significantly less likely than women to seek professional help for medical conditions, particularly when they involve private matters. Most prefer to wait the condition out to see if it will go away on its own rather than visiting a doctor. However, in the case of erectile dysfunction, this may simply prolong the problem.

Dr. Arun Ghosh, who practices at Spire Liverpool Hospital, told the Telegraph that the situation is frustrating, because the earlier men seek treatment for sexual performance problems, the better their chances will be of receiving effective treatment.

“They will ignore serious symptoms for years until forced to confront them,” Ghosh told the news source. “Men usually dismiss it when it first happens: they easily put it down to alcohol or feeling tired. But over time, they lose confidence and stop trying. If they have been married for a few years, the sex life is probably on the back burner, anyway.”

However, he added that doctors may be able to recommend many treatment strategies that are tailored to an individual’s specific needs.

One option that medical professionals may recommend is constant resistant rings. These can help men get an erection without forcing them to take medications, which may come with side effects.

Worldwide obesity rates are climbing at dramatic rates. Now, a new report suggests that this may be having a major impact on male sexual function, as the number of men who experience erectile dysfunction and infertility is quickly growing.

The report, which was authored by University of Copenhagen researchers, cites some chilling statistics. More than 10 percent of couples worldwide are infertile. Additionally, one in five men between the ages of 18 and 25 has poor quality semen. Furthermore, the number of men with low testosterone and erectile dysfunction is growing.

Researchers said that the dramatic increase in male sexual function problems in the last several decades indicates that environmental factors are most likely to blame, rather than genetic causes.

“We need a common strategy to target research so we can address the poor state of men’s reproductive health,” said Niels Skakkebaek, lead author of the report. “That this decrease in male reproductive health has occurred in just a few decades suggests it’s caused by environmental and lifestyle factors rather than genetics. So it is preventable if we correctly identify the causes.”
He speculated that the growing obesity rate may be one of the main contributors to the problem.

Despite a growing awareness of erectile dysfunction, many men continue to suffer in silence. Men often avoid going to the doctor for conditions that are less than life threatening, and this situation is often amplified when it comes to matters of sexual health.

Experts say that embarrassment and shame keep men from seeking professionals help for their sexual performance problems. However, by avoiding their doctor’s office, they are simply prolonging a problem for which there may be a simple solution.

“Many endure in silence,” Dr. Colm O’Mahony, a consultant physician in sexual health, told the Telegraph. “Stigma, shame, concern for their partner’s reaction, and sometimes denial all play a part in creating and maintaining barriers to seeking help.”

O’Mahony added that this can be particularly frustrating because erectile dysfunction is often an early indicator of other serious health problems. A trip to the doctor to get help for sexual performance problems could lead to a diagnosis of cardiovascular disease or diabetes.

In fact, experts from the Mayo Clinic have said that a majority of men who have erectile dysfunction also have heart health problems.

ED medications are not without risk

Erectile dysfunction drugs have come as a major boon for many men with sexual performance problems. In some cases, they offer a quick fix to a problem that may have taken some men out of the game. However, these medications are not without a certain degree of risk.

Most people are now familiar with one of the most serious side effects of these medications thanks to TV advertisements, which warn men to call their doctor if they experience an erection lasting more than four hours. If this occurs, it can cause serious damage to tissue in the area and hamper male sexual function.

Dr. Kenneth Peters, chairman of the urology department at Beaumont Hospital in Royal Oak, Michigan, told the Detroit Free Press that the effect of a four-hour erection is similar to what would be experienced in any part of the body that is deprived of oxygenated blood.

“So if you have an erection that lasts too long, there’s no new oxygen going to the penis, so what can happen is that you can actually develop tissue injury because of lack of blood flow, just as you would if you cut off the flow of fresh blood to the arm or the heart,” he told the news source.

Individuals tend to slow down as they get older and stop exercising at the frequency they used to. However, experts say that this can contribute to a range of age-related health problems, including erectile dysfunction.

In fact, a new study published in the International Journal of Clinical Science found that men who are less physically active as they grow older are significantly more likely to experience sexual performance problems.

Erectile dysfunction is most common among older men. However, the findings of the investigation suggest that it doesn’t have to be the case. Men who keep up high levels of physical activity may be less prone these types of sexual performance problems.

“The more of these healthy traits an individual has, the less likely they are to develop a range of chronic disorders,” said Leslie Alford, the University of East Anglia researcher who led the study. “Even if people can’t give up smoking and maintain a healthy weight, they can still gain health benefits from increasing the amount of regular exercise they take.”

Alford recommended that men get at least 20 minutes of exercise three times each week.